Thank you! Your submission has been received!
Oops! Something went wrong while submitting the form.
Luxury Trend Report

Experiential had long been part of the lexicon of the luxury travel sector before the pandemic. Now it’s making its way back with renewed authenticity and hopefully regaining some of the meaning it lost due to ubiquity and appropriation.

Satopia Travel, a new kind of travel firm that will have even more resonance in this landscape, best sums up the spirit of the word. Co-founders Emma Ponsonby and  Ahmed Gouda embarked on a soft launch pre-pandemic but had to pause their trips. Their idea remains “offering creative departures for socially conscious travellers to  connect with the world”.

Interested travellers must first join the potential guestlist and follow a kind of high-end vetting process in order to ensure the small number of people on each trip have aligned values and interests, adding to the deeper sense of purpose Satopia sets out to offer. Over the coming years, travellers could join Francis Mallmann to learn how to cook with fire on his private island in Patagonia, Argentina, or in Scotland; learn about conservation and rewilding with Kristine Tompkins at Iberá National Park in Argentina; or experience the “art of summer fine-dining” with Raymond Blanc in the Scottish Highlands.

The craving for remoteness and natural beauty was something the wealthy started to eye up even more during the pandemic. For them, even arctic travel is an attainable option, and White Desert, the pioneer of luxury travel to Antarctica, is about to launch its second camp there, Wolf’s Fang, with just six state-of-the-art heated tents for two and an ice bar serving cocktails. This will allow a select few adventurers access to a rarely seen region of Antarctica; up to this point, it was mainly scientists and a handful of elite alpinists.

But what next for people who think “been there, done that” even about arctic travel? Space of course. And a new company called Stellar Frontiers is rolling out as the UK’s “first space mission management company dedicated to meaningful human spaceflight and astronaut training”. Founder Geordie Mackay-Lewis promises to “take the complexities out of human spaceflight” and facilitate purposeful space missions for private citizens and organisations, seeking to “positively impact Earth, whether that be through scientific research, philanthropic advancements or educative intent”.

Meanwhile, back down here, many destinations have had the opportunity to consider the kind of tourists they would like to welcome back. High-spend, low-impact tourists taking fewer but longer trips will be an appealing target for brands and destinations. The smart ones are likely to focus on showing they can present a more integrated and sustainable tourism model to these conscious travellers. From the second half of 2022, Venice will introduce measures to limit the number of visitors to an area long ravaged by over-tourism. Intent on repositioning Venice as a place to visit for a few days, not a few hours, moves include introducing electronic turnstiles to regulate access and booking via an app for a small fee. The city’s ban on large cruise ships from visiting is another step
that has already come into effect.

While closed, New Zealand has been taking the time to assess its strategy, including developing its programme to reward tour companies who focus on HNWIs. The Premium Partnerships Programme supports those focused on bigger spenders, and companies must devote their marketing to targeting HNWIs.

At Panchabhuta Conservation Foundation in Goa, Mangal Shetty’s project has evolved to offering four “habitat rooms” where curious travellers can stay in an idyllic place of great beauty, but also one where fascinating projects are afoot, from permaculture to documenting the biodiversity of the Aghanashini estuary. Elsewhere, Nina Flohr launched the beautiful Kisawa Sanctuary on the island of Benguerra in Mozambique alongside her Bazaruto Center for Scientific Studies, Africa’s first permanent ocean observatory, in a symbiotic model where the hospitality business contributes directly to marine research.

One of the hottest arrivals with a sustainable lens has been Casa  Etérea, a  project  by first-time  architect  Prashant Ashoka whose pandemic months saw him complete the off-grid hideaway for two on the Palo Huérfano volcano, outside San Miguel de Allende in Mexico. A mirrored-glass box on the outside, it’s built from hand-collected volcanic rock, drawing all its power from solar energy and water supply from rainwater. He was driven by the concept of “emotional architecture” and to build something that “engenders a deep sense of awe for nature”. The project also works in tandem with the local indigenous community to encourage them to create experiences for guests. Ashoka is now thinking of bringing the concept to Iceland.

Harsha L’Acqua is the founder of Saira Hospitality which creates pop-up hospitality training schools so locals can gain full access to the opportunities of new hotels opening in their area, such as the stunning and remote Habitas Namibia. She is fundraising for a first permanent school in the UK – and alongside all this, she also has an idea of creating a social credit system. When on holiday, a guest might look at a CSR menu and then accrue social credits by working on elements the community is known to need, in exchange for loyalty points at the hotel, or special amenities.

Read the full article in the Walpole Luxury Trend Report below. 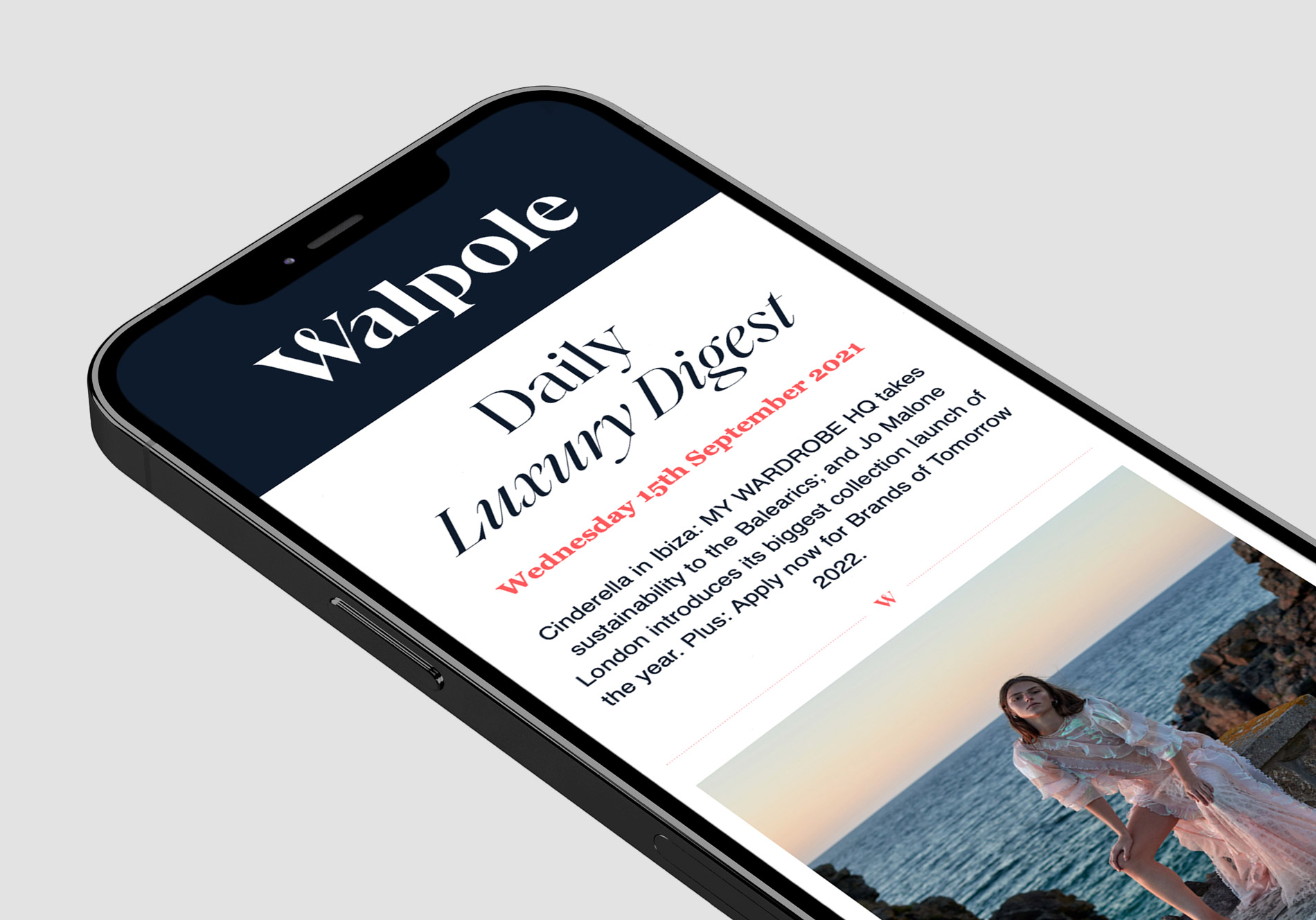 Click here to get the latest Walpole News delivered to your inbox every day.

Insights
18th Jan 2022
Walpole Luxury Trend Report
From fashion and fragrance to wellness and wine, British luxury is our obsession, but when looking at the trends driving the behaviour of customers, it’s one part of a bigger luxury picture. In Walpole's inaugural Trend Report our contributors reveal the trends reshaping the luxury landscape through a global lens.
Read more